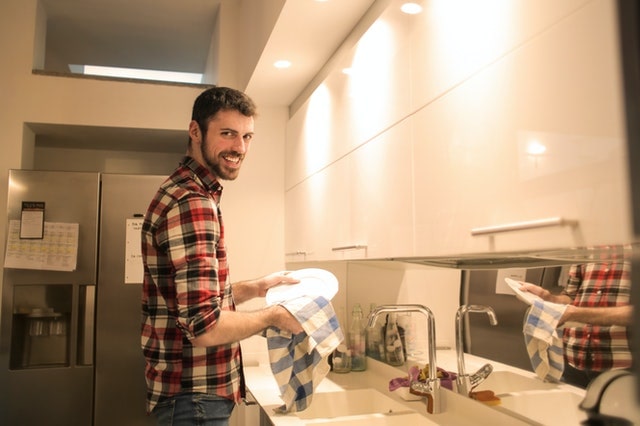 When I got married 6 years ago, my spouse and I already had conversations surrounding what we heard were the main obstacles in a relationship. We were on the same page about finances and intimacy. We both thought that we were excellent communicators but nothing prepared me for when your husband doesn’t do anything around the house.

I began speaking with married friends and family who all shared stories of partners that did not pull their weight with household chores.

Listening to the reasons that these “seasoned” married people had for why their husbands didn’t do anything around the house helped me greatly in my new marriage. Once my spouse and I were able to pinpoint his specific reasons, we were able to work through them to come up with a chore agreement suitable to us.

Contents hide
Reasons Your Husband Doesn’t Do Anything Around The House
1. This is how it was in his family
2. It is a pattern you started
3. He could be suffering from depression
4. Over-criticism of his work when he has tried previously helping
5. He really believes there is nothing to be done
6. He finds it selfish that he has to help if you are a stay at home wife
7. Have you really expressed to him how much his non-help bothers you?
8. He has checked out of the relationship
Conclusion
Related Articles:

Reasons Your Husband Doesn’t Do Anything Around The House

1. This is how it was in his family

My family consisted of 2 girls and 2 boys. There was no such thing as “girl” chores or “boy” chores. We all took turns washing dishes, doing laundry and yard work. My parents cooked all meals together.

Many men were raised in households that conformed to old societal norms. They have embraced a life where the husband’s day ends when he clocks out at his job. These guys saw their father come home from work, kick off his shoes and plopped down on the couch waiting for dinner.

2. It is a pattern you started

Is it possible that you unintentionally fostered a spouse that does not help out around the house? Most women are natural nurturers and will have the tendency of coddling or spoiling a mate, especially in the early stages of the relationship.

Early on in the relationship, there were possibly instances where your guy was willing to help with dishes and you were like, “That’s okay Honey..have a beer and enjoy watching television.”

Or what about if you awakened early every Saturday morning to do laundry and deep clean the entire house while hubby slept. You knew he was a late sleeper and upon his awakening you cheerfully advised your husband how you were able to get so much stuff done before noon.

After a while, this becomes the chore pattern that he has become accustomed to. So, of course he is bewildered to be hit with the complaint that he never helps out.

3. He could be suffering from depression

If your husband is not helping around the house nor participating in hobbies and activities he once enjoyed he could be suffering from depression. This could particularly be the case if he once helped out and has now left all the housework solely to you.

Anger, irritability and other aggressive emotions can be early signs of depression in men. So, if you notice these types of changes in your husband, he may have deeper issues than just not wanting to do chores. A visit to the doctor for proper treatment options may be warranted. 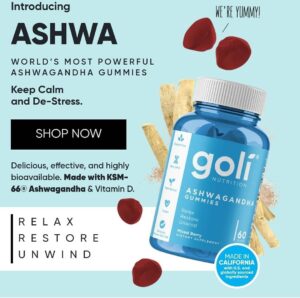 4. Over-criticism of his work when he has tried previously helping

I am not a guy but nothing makes me cease things more quickly than negative criticism. Are you outright criticizing his house work? Example: “Are you going to run the vacuum lines in the carpet diagonally?”

Or, are you performing a do-over of his work? For example, your husband has taken 2 hours to clean the inside of the entire refrigerator. You go back in to check his work like a drill sergeant and commence to re-cleaning the refrigerator because his work isn’t to your standards.

I don’t know about you, but I would certainly take on a, “Well, do it all yourself” attitude after constant criticism.

5. He really believes there is nothing to be done

You went on cleaning strike for 2 months and your husband is oblivious to the fact that your home is nearly ready to qualify for an episode of Hoarders. He had roommates when you met him and their bachelor pad was a pigsty.

But your husband dressed nice, always smelled great and even got manicures so you assumed for sure that his roommates were the slobs. You have now realized how wrong you were.

Clear The Air for Holiday Guests With A Hepa Air Purifier

If your partner thinks that leaving dishes in the sink for days and letting an inch of dust accumulate on his nightstand, he is clearly fine with living in squalor. In this case, he is thinking you’re obsessive about cleaning and feels there’s really nothing to do.

6. He finds it selfish that he has to help if you are a stay at home wife

If there was ever a heated topic then this is the one. Your husband works full-time outside of the home and feels that a stay at home wife (especially without any children) should handle ALL household chores. He actually get mad when you ask him to help around the house.

You have no issue with taking care of the majority of household chores but your husband won’t even fold a towel or wash a single fork. He feels that he shouldn’t be expected to do ANYTHING around the house because you’re home all day and taking care of the house is your job.

7. Have you really expressed to him how much his non-help bothers you?

Do you instantly get into a bad mood with your husband after you have completed a particularly long session of solo cleaning? He asks you what’s wrong and you say, “Nothing’s wrong”.

In all actuality, you are internally fuming because what else does he think is wrong. I mean you just folded 3 loads of laundry, cleaned the cat’s litter box and vacuumed the entire upstairs. All while your husband doesn’t do anything around the house and plays video games.

The same pattern repeats over and over again. You clean. He doesn’t help. You get angry but don’t tell him why because, “Duh, he should know why.”

You get over it without ever telling your husband how much it really bothers you when he doesn’t help around the house. It’s pretty impossible to change when you’re not aware a problem exists.

8. He has checked out of the relationship

The worst possible scenario is that he has checked out of the relationship. And I don’t mean because of mental illness or depression.

Has there been an issue of infidelity within the marriage? Have there been arguments about finances or other main causes of break-ups?

If your marriage has gotten to the point where not only is your husband not helping out around the house, but you guys barely communicate with each other then he may have checked out of the relationship.

If you are experiencing these types of major issues and you both want to save the marriage, couples counseling may be in order.

The great news is that many of these reasons for your husband not helping with chores can be worked out through proper communication. Coming to an understanding about division of household chores prior to beginning your life together is the most ideal situation but some of us are already in the thick of it.

We eventually came up with a division of chores that worked for the both of us. We periodically need to revisit our chore plan when things begin to decline. But we have become better with listening to each other and communicating in order to get back on the right track.